From Bahia Palace to Jamaa el Fna, there is simply no better route to see the big Marrakech. You are going around, walking and absorbing that immense energy, but always with a slight concern that something will go unseen. That you will miss something.
That is Marrakech. One of the four imperial cities.

Admiring , you should start from that great red walls embracing whole this world.
It’s the reason of many names city got.
Already mentioned Jamaa el Fna is a square and a marked place, always lively and crowded. Some would say it lives for itself, being one colorful center of trading. It’s unique by its atmosphere, also by its products.

Palace of Bahia you will find, located along with Jewish quarter, called also Mellah. There is not much you can say about this palace since it speaks lot by itself. Magical net of gardens, courtyards and rooms, all decorated by the best craftsman of that time. It is something you can call “a piece of grace “. Even the very name of the palace means “brilliance “. It was built in 19th century by grand vizier of the sultan, who was using it for his personal use. 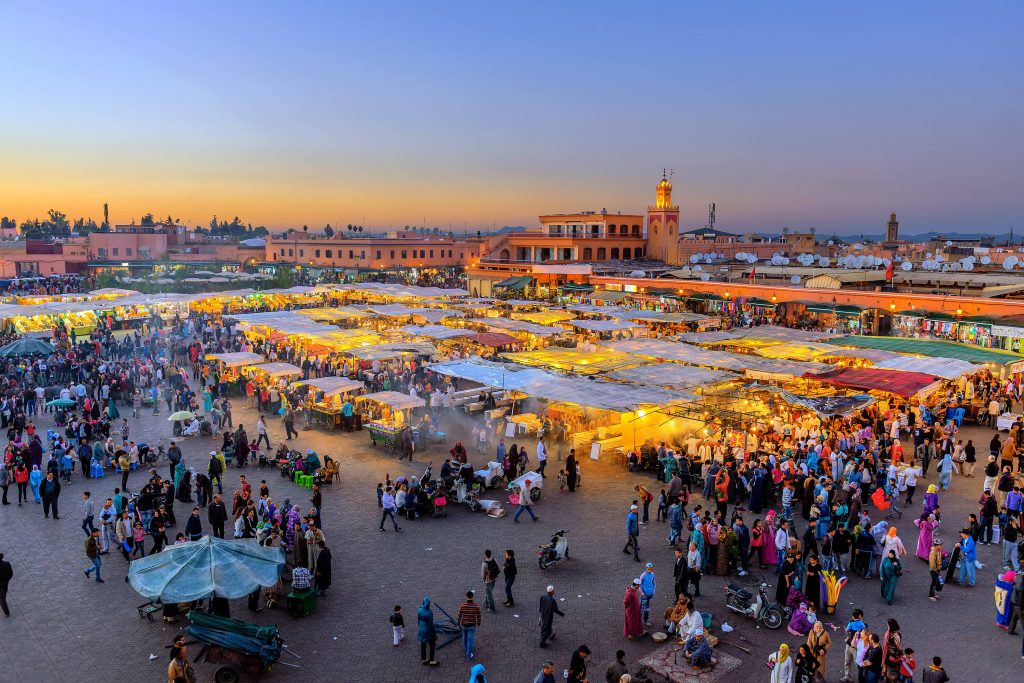 Saadian Tombs have some other kind of beauty.
Even in death, this family shows off wealth and fame. Since it has around sixty graves of Saadian dynasty members and much more graves of their servants and soldiers, tourists often ask themselves, “How does this place look? “
It looks mystic and deep.
And even though tombs were walled, they still cache the eye.

Going to the southwest medina quarter of Marrakech, in the horizon appears building aiming for the sky. Some arches and carved windows looking down on garden. As you see this, you know that you got to the magnificent Koutoubia Mosque. Covered in privacy and elegance. With walls made from the red stone, bricks and sandstone.
Coincidence?
It’s up to the guest ,who enter the “Red City “, to conclude.

We hope you like presentation of Morocco city Marrakech. In list provided you can see which tours shows this place.