A growing spark in the shadow- Morocco city Meknes

Who would say that right next to Fes, stands another imperial city, equal in beauty? They are different in many ways, yet similar by their glory and magnificence. However, being smaller, Meknes has fewer visitors, and that is a real shame.

How can you skip originality that this city holds in its narrow streets and wide squares?
It seems, it is all about contrast here. Just as the modest shine you notice walking around.
From even more modest roots, Almoravid dynasty built The new imperial cradle.
First raised as fortress, in 9th century, then destroyed and rebuilt by Almohads. One could say that dynasties fought over it, as over crown. Going through this, the place was enriched in different ways. New kasbahs, and mosques appeared, so Meknes soon got the meaning of medrese- mosque and fortress. 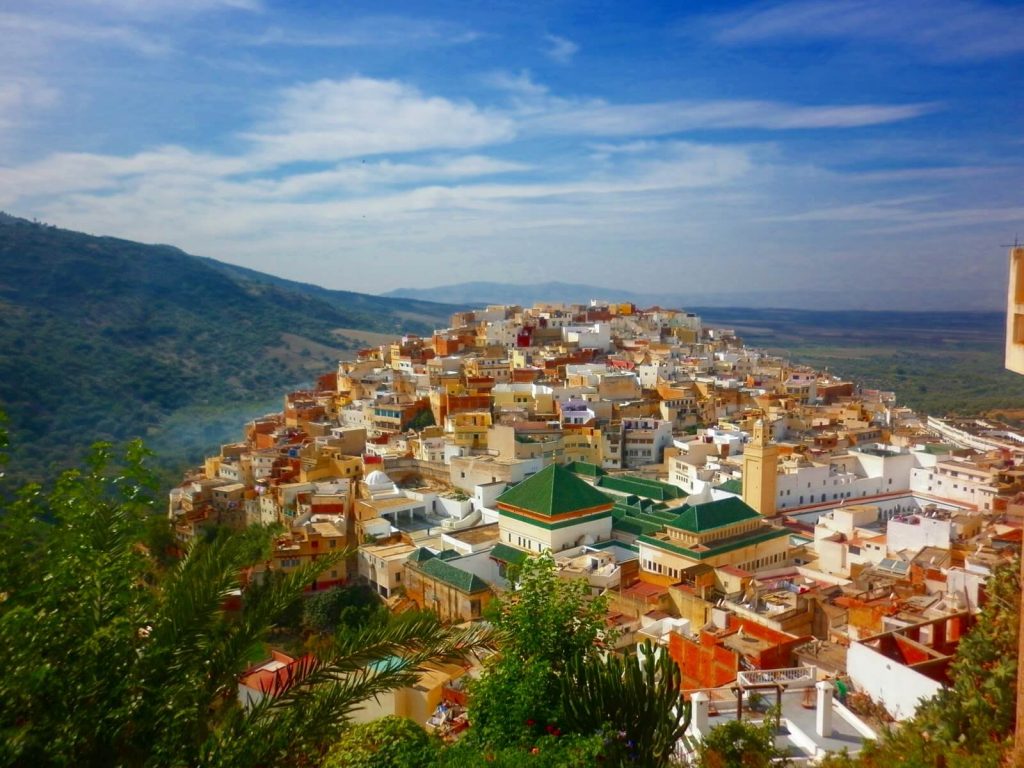 Yet, the real golden age of the city can be also called “ The age of Moulay Ismail “, following his accession to the Sultanate of Morocco. With its ruler, in 17th century, Meknes bloomed in some Spanish- Moorish style. Again, getting some new sights around every corner, such as gardens and great gates.
Just passing through the Bab el-Mansour gate is not a thing. It would be real shame. Taking a moment with its confident look, you may notice messages it has to sent, written and unwritten like “ I am the most beautiful gate in Morocco. I’m like the moon in the sky. Property and wealth are written on my front. “
And it will not need much to convince you. 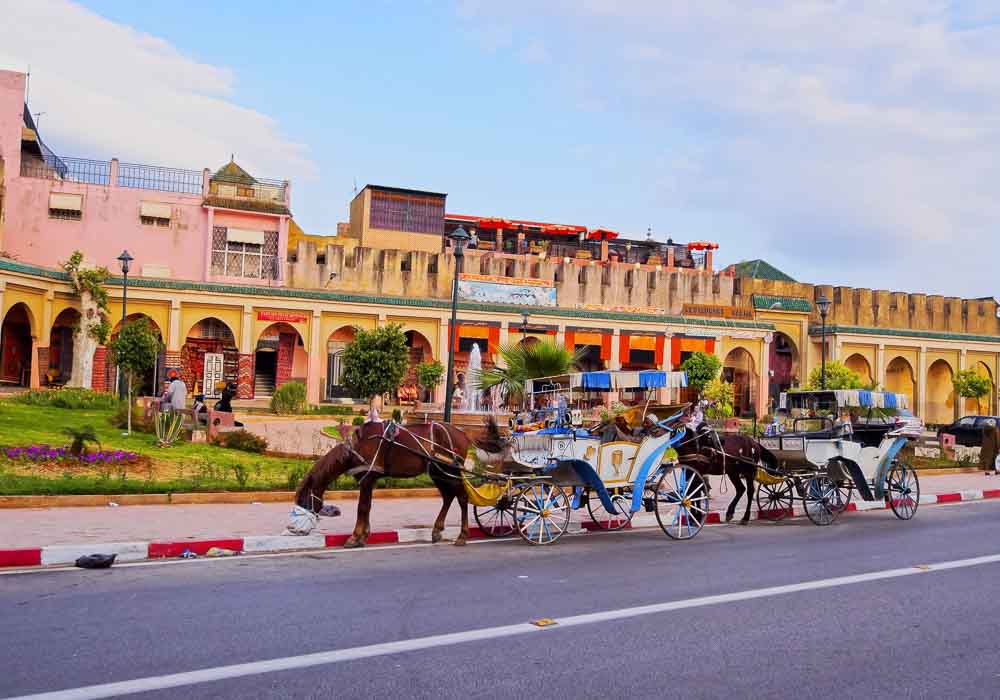 Exploring narrow authentic streets, take some time to pay tribute to the man who invested in this city. Moulay Ismail Mausoleum is peaceful complex of golden buildings, unique craft-work and courtyards. Even though the tomb of a great ruler is not available for non-Muslims, this place is unavoidable in visiting Meknes. Probably, it is because of the fact that it still holds the fame of city’s best years. It reminds and preserves, so the place, shy but persistent. still glitters through the desert dust.

We hope you like presentation of Morocco city Meknes. In list provided you can see which tours shows this place.