Residence of  the “Lord of the Atlas.”- Pasha Glaoui Telouet Kasbah

Province of Ouarzazate seems to be perfect place for Kasbahs, showing off their ancient beauty. From the Sahara to Marrakech, along the former caravan route, one of them is spreading its high walls. This Telouet Kasbah is rising above Telouet village at an elevation of 1,800 meters. Originally it was built in the 19th century as powerful stronghold of the most significant caravan routes to West Africa. And it belonged to El Pacha Glaoui family. 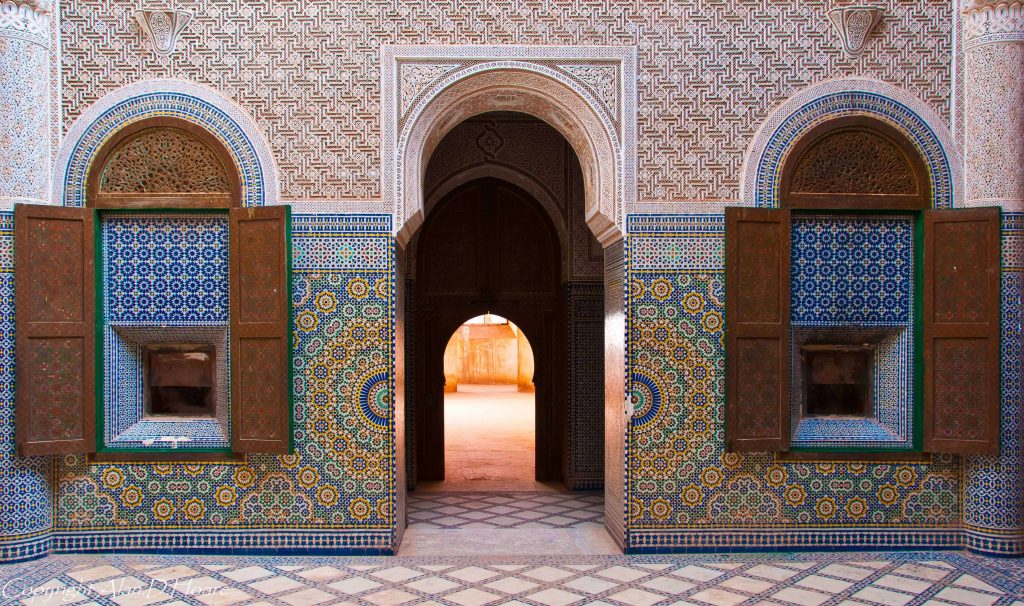 Some people may have been deceived by its rustic outward appearance, but interior is a true jewel of Maroccan culture. It still offers comfortable and beautiful rooms of Andalusian style. Since its great decorations and energy cover great part of this region it rarely happens that someone just passes by it.

Telouet Kasbah was ruled by one of the most powerful Pashas of 20th Century, Thami El Glaoui. That times keeps the most turbulent history, because it was not just a fortress but a home too.  Controlling the trades of goods, such as salt, saffron and olive, Telouet’s location was perfect. It quickly made Thami El Glaoui one of the richest people in the country. However, besides its brilliance and success, there is also a dark shadow that extends over it. A story that talks about partnership with the French colonialists. Since Pasha was labeled as a traitor, his family and the Kasbah, quickly suffered the consequences.

Getting and staying without many things, this residence exists under the mystery of its past. Yet, surrounded by beautiful olive trees, with many things to offer, it will sieze your thoughts for some time and won’t fail to surprise you.

We hope you like presentation of Pasha Glaoui Telouet Kasbah. In list provided you can see which tours shows this place.