Small and quiet town- Ourzazate? Interesting, it simply pulses with its energy and balances on the edge of the old and the new. To see this shy game you will have to get a little deeper into the town. Actually, right between the location of high Taourirt Kasbah and the Cinema Museum.

The first is one of the largest Kasbahs in Morocco, built by Pasha Glaoui in 19th century.
The second, small but lovely legacy of Atlas Film Studios.
Both enhancing this place with the glow of their different glories.

Former palace of Glaoui clan, grew from the turbulent life of famous Pasha. He controlled one of the major southern caravan routes to West Africa and eventually became a partner with French colonialists. Clearly, this did not appeal to many. Since one of the Kasbahs- Telouet, was actually Pasha’s home, suffering the consequences it was brought to a ruined state. On the contrary, Taourirt, that was home of Glaoui’s cousins, as well as servants, craftsmen and builders, remained almost whole. And with assistance from UNESCO, people quickly restored it. Today, wandering around, from the main courtyard, you can easily lose yourself in magical maze of 300 rooms and riads. Also, walking through pretty floral patterns and sunlight, you will see what amount of sophistication this whole scenery holds. 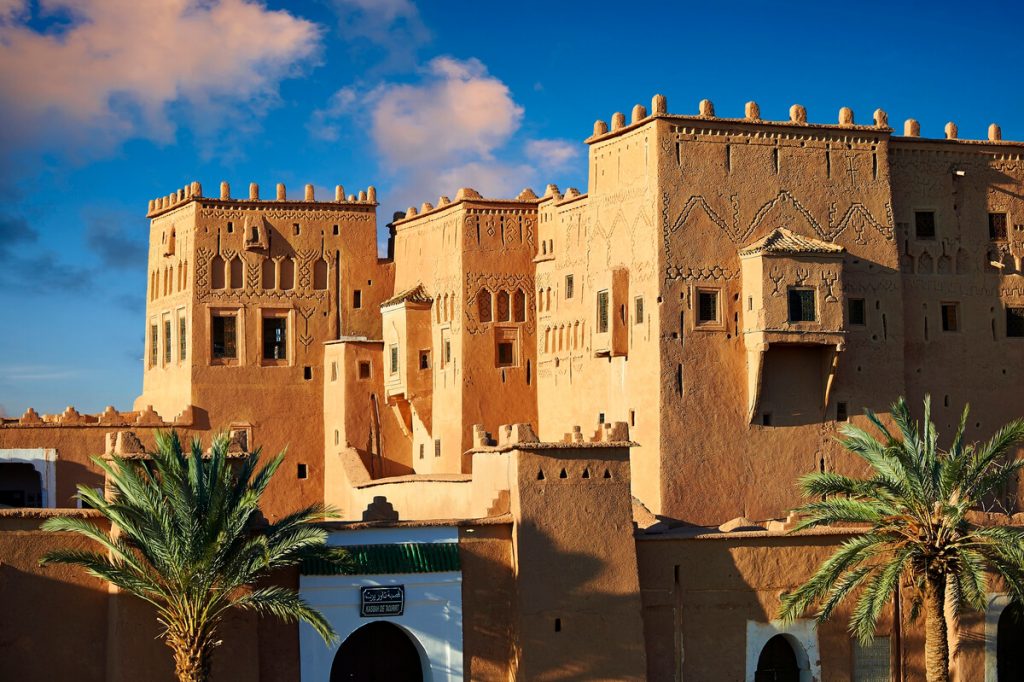 What stands in the vicinity of this big Kasbah is a smaller building, which attracts passengers in its own special way. Over the years, Ouarzazate has served as a shooting location for many movies, mostly historical. And perfect place for collecting all important moments and development was Cinema Museum. Even though it looks simple from the outside, it holds a bunch of film-making charms and epic scenes under its wings. Old equipment, as well, found its own shelter here. So be prepared, the whole place can take you on a journey through various universes, like glorious time machine. 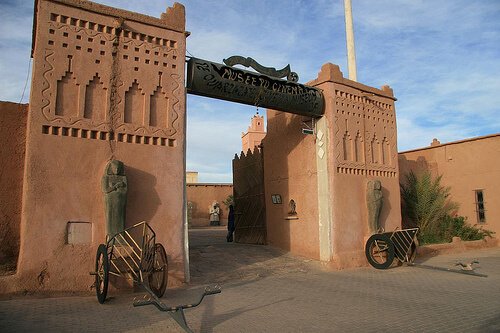 We hope you like presentation of Taourirt Kasbah and Cinema Museum. In list provided you can see which tours shows this place.